We would like to share just a few words about another of Deep River’s WWII veterans. Joseph Waz enlisted in the U.S. Army in January of 1942 at the age of 29.  He served “hard” duty in an anti-aircraft battery with the 6th Army in New Guinea and other parts of the South Pacific for 26 months.  He suffered severely from malaria. Shortly after he came home, he was elected to the State House of Representatives for CT. In 1947 he partnered with Ossian Ray an elder statesman and together they wrote the bill that changed our town’s name from Saybrook to Deep River. This year we are celebrating the 75th anniversary of the passing of that bill.

We will be posting Christmas messages from soldiers to their families as the holidays approach.

END_OF_DOCUMENT_TOKEN_TO_BE_REPLACED 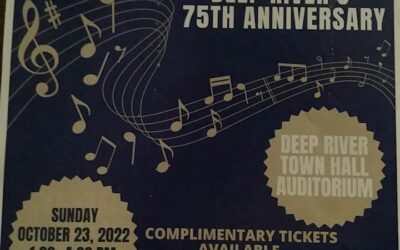 In recognition of the 75th anniversary of Deep River’s name change, we continue to celebrate everything Deep River. On October 23 there will be a program at the Deep River Town Hall with Big Band Music, refreshments, and much, much more. Tickets are available for FREE...